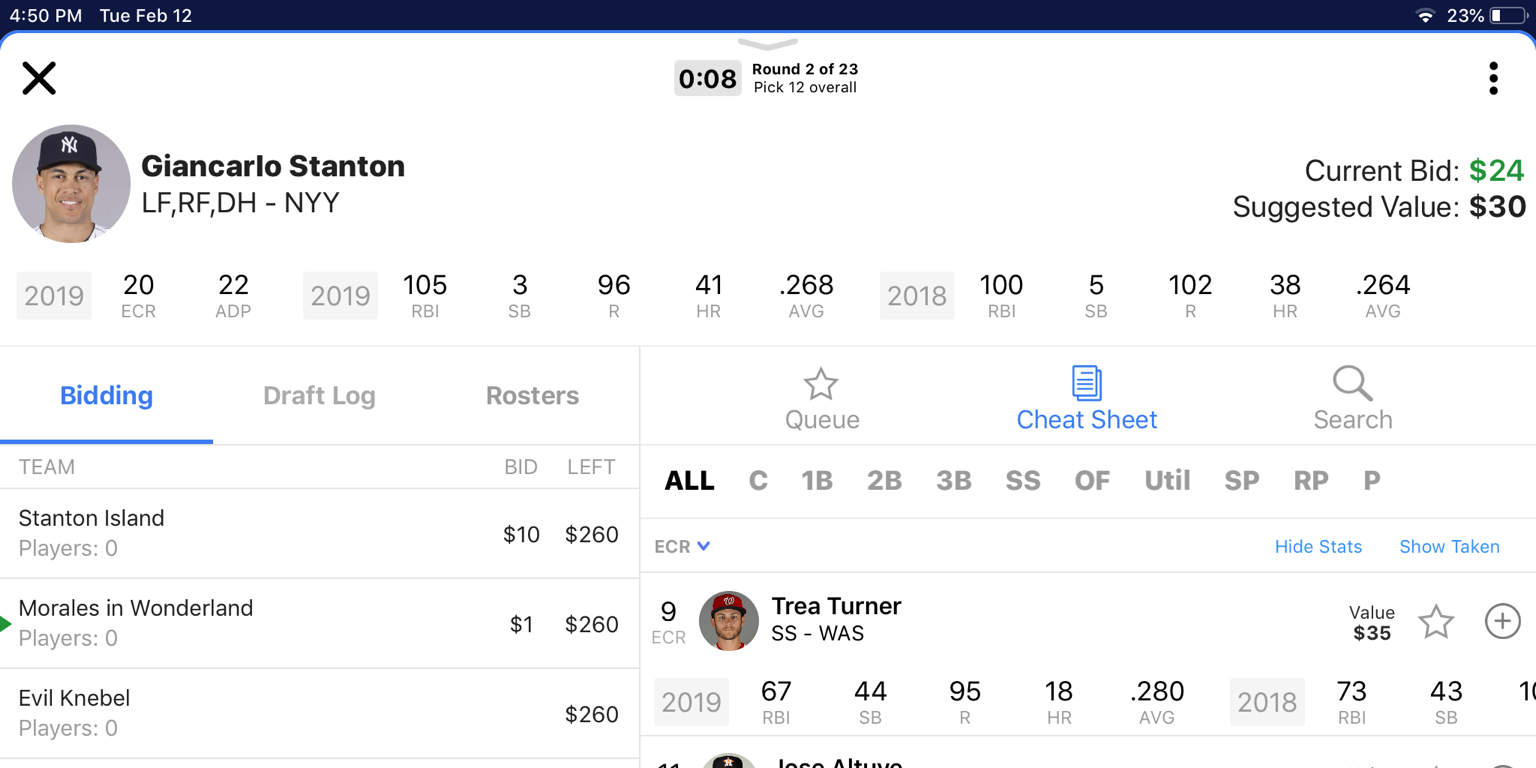 Available on iOS and Android, the 2019 versions of our popular apps include major updates to the user interface (making it easier to import your league, run mock draft simulations, analyze your drafts, and launch Draft Assistants) along with some exciting new functionality.

And this is all before players have even reported! We're working on adding a slew of other exciting features so you'll be ready before fantasy draft season really kicks into gear.

As a reminder, our premium membership is available on the web as well as in the apps. Premium subscriptions give you access to all tools, all sports, on all platforms (web and mobile app).

Now go forth and dominate. Have a feature you'd like to see? Shoot us a note via customer service.

Whether you need advice on setting your lineup, navigating the waiver wire, or analyzing trades, My Playbook covers all the bases.

A handful of new features to help you enhance your mock draft experience and test out different strategies so you can get ready to dominate your draft.

[3/15/2021] March Madness Is Here: Optimize Your Bracket and Enter Our Free Contest!

Our new Bracket Optimizer helps you quickly build a killer bracket that’s optimized for your NCAAB bracket pool. After building your bracket, enter our free bracket contest to win some amazing prizes.